“The pandemic offered a temporary reprieve from sound, both in cities and in oceans, giving scientists a once-in-a-lifetime (we hope) chance to study the sudden onset of quiet. The lockdown created a deeply unsettling soundscape, like the hush after an explosion, which extended on week after week. The quietude was revelatory, but not serene. Birds in neighborhood trees assembled into a network of local choirs, and the bated traffic let them be heard. The nights were laced with sirens, but devoid of laughter, arguments, and music.” – New York Magazine 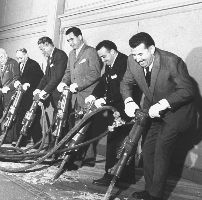