“Williams is a courtly, soft-voiced, inveterately self-effacing man of eighty-eight. He is well aware of the extraordinary worldwide impact of his “Star Wars” music—not to mention his scores for “Jaws,” “Close Encounters of the Third Kind,” “E.T.,” the “Indiana Jones” movies, the “Harry Potter” movies, the “Jurassic Park” movies, and dozens of other blockbusters—but he makes no extravagant claims for his music, even if he allows that some of it could be considered “quite good.” – The New Yorker 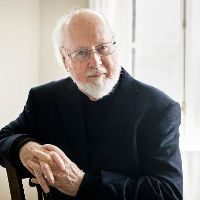