Director and producer Oren Moverman: “The idea of independent financing, putting together films that have no home, taking them to festivals, trying to sell them — they’re going to have to take on a very different model, if they get made. A lot of producers I talk to are looking to set up projects with the streamers, the studios, whoever’s going to be left standing. Whereas the sort of grungy putting together of ten dollars here, ten dollars there to make a film — it’s possible from a financial standpoint, it’s just a question of where it will ever be seen.” – Variety 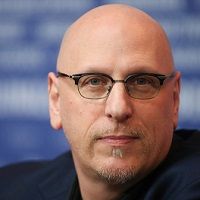