A native of Bermuda who settled in the UK after World War II, he performed — “against the odds,” he once said — to perform in 40 feature films as well as numerous TV movies and series. “His big screen roles ranged from James Bond’s secret service minder Pinder in Thunderball (1965) to the dictatorial president in Sydney Pollack’s thriller The Interpreter (2005).” – The Guardian 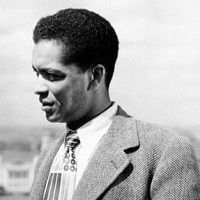