“In a move expanding the news outlet’s presence in Hollywood, The New York Times has named Caitlin Roper executive producer for scripted projects. Roper, who has been a senior editor at The New York Times Magazine since 2016, will develop Times stories for film and TV, ‘developing and producing alongside Hollywood producers using our stories as the launching point for fictional projects.'” – The Hollywood Reporter 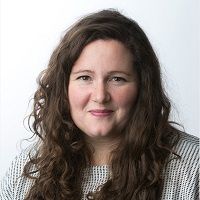