Wesley Morris: “What would an American version be? Court, theater, a hearing, a telethon, therapy, TV, church, Ken Burns, Anna Deavere Smith? Each perhaps — and more. Who would make it? I don’t know…. The production, however, is merely the second hurdle to clear. The first would be convincing executives that it’s worth doing in the first place. Here’s what to say about that: The entertainment industry itself has more than a century of harm to atone for and ameliorate. Any company that believes the solution to ‘systemic racism’ is The Help shouldn’t mind a surrender of its airwaves.” – The New York Times 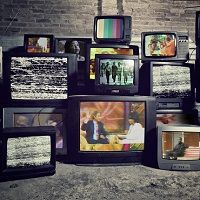