The school’s recently fired artistic director, students say, “abused his position of power, touching them inappropriately or making sexual overtures that include inviting one student to a sex party and sending another an unsolicited photo of his genitals. Three of the students said that after they rebuffed Powell’s advances, they were cut from performances or rejected during auditions, which they believed may have been a form of retaliation.” – CNN 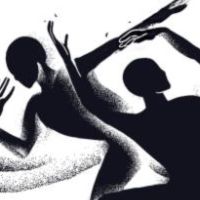