Six people were arrested in France, with two accused of organized theft and four of concealing the theft. “The artwork, part of a series made by Banksy during a visit to Paris in 2018, was stolen from the Bataclan in January 2019. Video footage showed the hooded thieves cutting through the fire door. Detectives announced earlier this month they had found the work in an abandoned farmhouse in the Abruzzo region east of Rome.” – The Guardian (UK) 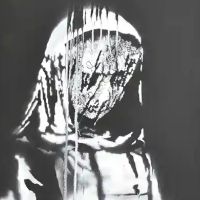