Kain claims she never imagined herself becoming the National Ballet’s artistic director. In this she is in a minority of one. After hanging up her pointe shoes in the fall of 1998 Kain accepted a position as part of the company’s artistic management team under then director James Kudelka. When he resigned in May 2005 it was generally assumed Kain was his obvious successor. – Toronto Star 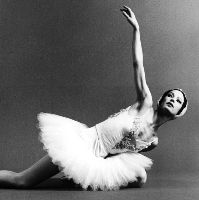