Though Zorn has operated almost entirely outside the mainstream, he’s gradually asserted himself as one of the most influential musicians of our time. His projects and endeavors during the past 40-plus years could fill an encyclopedia: from rigorous classical works and radical reimaginations of Ennio Morricone film themes to deep explorations of his Jewish heritage under the Masada banner, whimsical neo-exotica, and sprawling improv excursions, where his sometimes jagged, sometimes supple saxophone playing mingles with the sound worlds of collaborators like Lou Reed and Laurie Anderson. – Rolling Stone 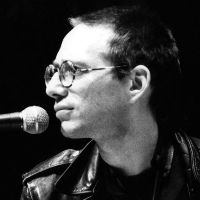