More than half of the NBCC’s board of directors have resigned since last Thursday, when now-ex-member Hope Wanuke posted on Twitter part of an email discussion among the board about an anti-racism statement Wanuke had drafted. Some of those who quit did so because of objectionable comments by board member Carlin Romano in the exchange Wanuke leaked; others quit because Wanuke had made public what were supposed to be frank, and therefore confidential, deliberations. Reporter John Maher recounts how it all went down(hill). – Publishers Weekly 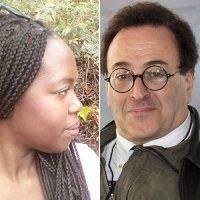