The 50-year-old Russian, celebrated at home and overseas for his productions of theatre, film, and opera, is artistic director of the Gogol Center, Moscow’s most celebrated stage for avant-garde and dissident work. (He is also a frequent critic of Vladimir Putin.) He and two colleagues were convicted of stealing 129 million rubles ($1.8 million) in government funding designated for projects that, prosecutors alleged (and the judge agreed), never took place — even though many people saw the productions and they were covered in the press. – Yahoo! (AFP) 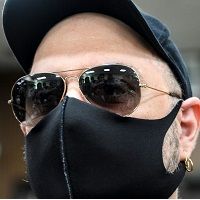