Two actors have publicly accused Eric Schaeffer, who has been the Northern Virginia company’s artistic director since its beginnings in 1989, of repeatedly grabbing their genitals during public events in 2016 and 2018. Signature management says that a two-month investigation in 2018 by an attorney for the company found the allegations “not credible,” but Schaeffer decided to resign this week after the actors made their accusations public on Facebook over the weekend. – The Washington Post 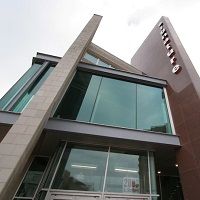