When the Flea Theater was founded by Sigourney Weaver, playwright Mac Wellman and two others in 1996, it was intended to have no stable location and to shut down after five years. Twenty-six years later, the Flea is still here, and in its own $21 million, three-theater building. Yet it continued to operate like a shoestring enterprise, requiring its actors to work for free both on- and offstage. Helen Shaw reports on how the current moment of racial reckoning shocked the Flea into addressing its problems with both pay and inclusion. – Vulture 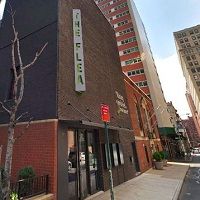