America’s oldest orchestra had the development and promotion of American music as part of its founding mission. Yet, in its first 11 seasons, it played two American works, both composed by its own concertmaster. Then, in 1853, a British orchestra and a French conductor went on a months-long tour of the U.S., commissioning and performing American music the entire time (including William Henry Fry’s Santa Claus Symphony). Musicologist Doug Shadle recounts the ruckus that ensued. – The New York Times 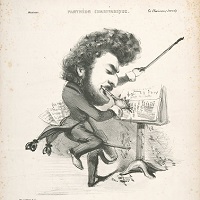