“Mrs. Dew emerged in the early 1980s as part of a group of prominent female novelists that included her friends Louise Erdrich, Anne Tyler and Nancy Thayer, a onetime neighbor in Williamstown, Mass. A master at breathing life into flawed and complex characters, she had … ‘a special gift for charting the subtle tidal flow of emotions that make up daily life.’ She was 34 when she published Dale Loves Sophie to Death (1981), which won [what is] now known as the National Book Award for a first novel.” – The Washington Post 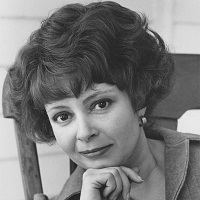