The controversial documentary — produced by Moore, directed by Jeff Gibbs, criticized by many mainstream scientists, and championed by parts of the far right — incorporates a clip from the project Rare Earthenware by videographer Toby Smith, who opposes Planet of the Humans and went to YouTube alleging copyright infringement (which gets a video automatically removed). Gibbs and Moore invoked the fair use doctrine and say their work is being censored. – The Guardian 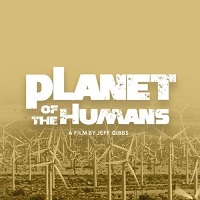