“While he did take star turns, his many ‘comprimario’ roles, as opera’s supporting roles are known, increased his performance total to sixth among basses in Met history. He sang 62 roles with the company.” He also performed in six major world premieres at various houses, including Samuel Barber’s Antony and Cleopatra at the opening of the new Metropolitan Opera House at Lincoln Center in 1966. – Yahoo! (AP) 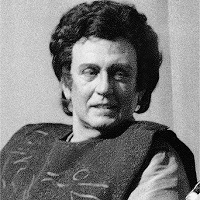