“An icon of the stage, Makarova was beloved for her grandeur and spontaneity, the same qualities that led her, in 1970, to become the first Russian ballerina to escape the Soviets. But she had never put together a full-length ballet. The one she chose — an overhaul of the 1877 original by the great Marius Petipa, who gave the world Swan Lake and The Sleeping Beauty — had never been seen in the West,” writes Sarah Kaufman. Says the 79-year-old legend now, “How I had the guts to do it, I don’t know.” – The Washington Post 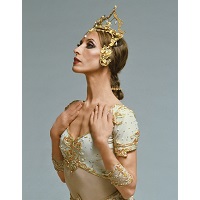