Dorfman began with the giant Polaroids in a pushcart in Harvard Square. When the police tried to chase her away, she won a civil rights case against them. “Her work is widely praised for showing people unguarded, and many times joyful. It wasn’t unusual for her ‘sitters,’ as she called them, to say they enjoyed the posing as much as the portrait. Those sittings would include lots of banter and Dorfman’s infectious laughter.” – WBUR 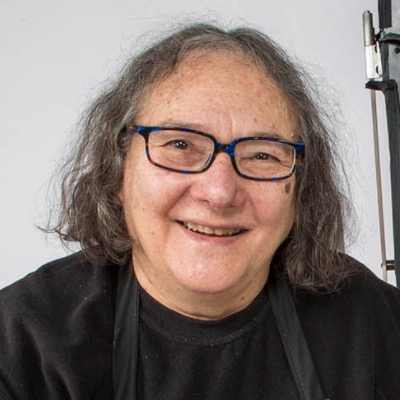