“Matthew Belloni resigned as editorial director of The Hollywood Reporter due to intense conflicts with Modi Wiczyk and Asif Satchu, the co-CEOs of the trade’s owners, Valence Media, over their attempts to meddle with the publication’s editorial independence” — in particular, pressure to generate positive coverage and avoid negative coverage of people and projects in which Valence is involved. – Variety 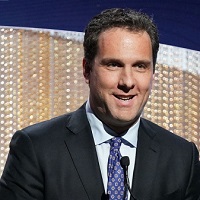