“A onetime Army mechanic and mail carrier who wrote songs rooted in the experiences of lower-middle-class life, Mr. Prine rose to prominence almost by accident. He was at a Chicago folk club called the Fifth Peg one night in 1969, complaining about the performers, when someone challenged him to get onstage, saying, ‘You get up and try.’ … Within a year, he released his first album and was hailed as one of the foremost lyricists of his time, even as a musical heir to Bob Dylan. He went on to record more than 20 albums, win three competitive Grammy Awards and help define a genre of music that came to be called Americana.” – The Washington Post 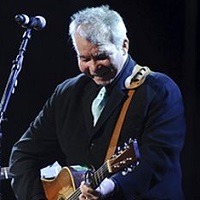