“To their legions of fans, the groups give voice to the bilingual vernacular of a multicultural city, marinated by its past French and British rulers, the forces of globalization and successive waves of immigration. … But they have also spawned a backlash in Quebec, … where critics have castigated them as self-colonizers who are ‘creolizing’ the French language and threatening its future.” – The New York Times 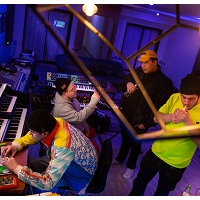