“Projecting a shortfall in revenue of at least $7 million by the end of this fiscal year, New York City’s Whitney Museum has laid off 76 staff members. In an email sent Thursday afternoon, museum director Adam Weinberg told staff that all of the affected employees have been at the Whitney for two years or less and would receive five to six weeks’ pay dating from the museum’s closure.” – Hyperallergic 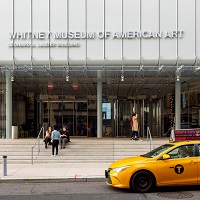