“For outside observers, this was yet one more sign of the American university’s dereliction of its responsibility as the carrier of Western culture. Yale “has succumbed to a life-draining decadence” (Wall Street Journal), perpetrated by “a band of hyper-educated Visigoths” (New York Post). As Visigoths go, Yale comes late to the pillaging; for a generation now, universities have quietly been shelving their introductory surveys. Had Yale done so in the 1990s, as Harvard did, it would have passed unnoticed. Or perhaps not, for Yale holds an exceptional place in the history of American art education.” – Commentary 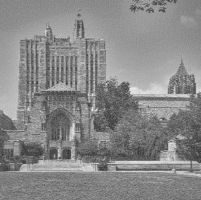