Despite a $25 million stimulus package for the Kennedy Center, the musicians of the NSO were told late Friday night that their April 3 paycheck would be their last, and their health care would end at the end of May if concerts have not resumed. Unsurprisingly, given that their collective bargaining agreement requires six weeks of pay before layoffs for economic hardship, “the union has filed a grievance challenging what it believes is an illegal action.” – The Washington Post 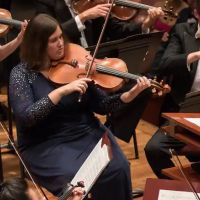