Delair starred in Laurel and Hardy’s last movie, but she was best known for starring in 1940s thrillers directed by Henri-Georges Clouzot, some of which were made during the Nazi occupation of Paris. She had begun singing in cafés when she was 14, which is how she met the director and, eventually, became a movie star – but she never stopped singing. – The New York Times 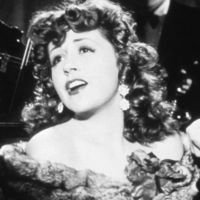