When the mayor saw the sprinklers turned on in a place where people had been camping all winter, the city got involved. “After people from the mayor’s office tried to contact officials at The Leonardo, a city crew was sent over to shut off the water. The water had been running about 20 minutes.” The museum’s chief engagement officer responded, “We believe we have been more than understanding” about the homeless encampment. – The Salt Lake Tribune 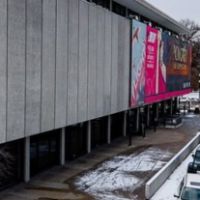