The objection: “The series depicts fictional atrocities taking place in Nazi death camps, including a game of human chess in which people are killed when a piece is taken off the board.” And factual inaccuracies simply aren’t a good idea at this point: “Inventing a fake game of human chess … is not only dangerous foolishness and caricature, it also welcomes future deniers. We honor the victims by preserving factual accuracy.” – Los Angeles Times 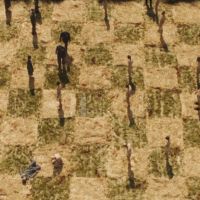