Todd Ellison’s contract took effect last July 1, and on January 21 he and the Pops “separated,” according to a statement from the orchestra. Principal guest conductor David Charles Abell has been appointed music director effective immediately, and he starts on a new three-year contract next July. – The Philadelphia Inquirer 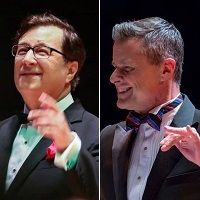