“After [James A.] Cincotta was hired as the museum’s retail director in 2015, staffers who worked for him began reporting what they said was routinely abusive behavior. Cincotta slapped, punched, pinched, shoved, grabbed, and verbally berated workers, according to interviews with 14 current and former museum employees.” The museum investigated complaints against him in 2016, but he was not dismissed until 2018. – The Philadelphia Inquirer 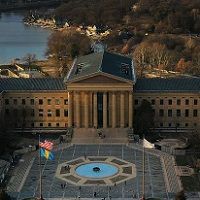