The semi-basement that the Kim family lives in is a reality for about 2 percent of South Koreans living in Seoul – one of the most expensive cities in Asia. One of them, who shares a name with the daughter in the film, says it’s very similar. “Kim, who moved into her $211-a-month banjiha apartment after leaving her job to take care of her mother, is no fan of her current accommodations, which flood during the rainy season.” – The Washington Post (AP) 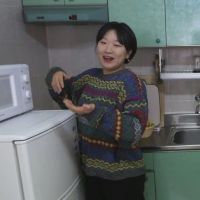