The British got a lot wrong as the empire spread, and one facet of colonial mistakes was how to look at Tibetan religious and art objects made of skulls or thighbones. “To British colonial officials and missionaries in the 19th and early 20th centuries, such items were morbid examples of devil worship. To Tibetans they were objects used to celebrate life.” – The Guardian (UK) 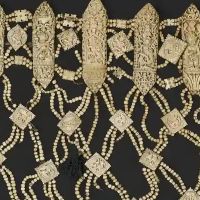