She had just finished recording some Beethoven, and movers were taking her piano from the Berlin studio; they dropped it while trying to lift it onto a hand truck, and the instrument’s iron frame crashed and its lid split in two. The Fazioli F278, custom-made for Hewitt, was the only one of its model with four pedals; Paolo Fazioli himself examined it and called it “unsalvageable.” – The Guardian 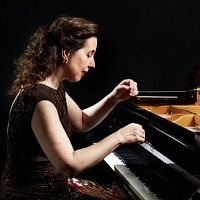