“The deal they were working on — which called for the union, the American Guild of Musical Artists, to limit its public statements about the inquiry and for Mr. Domingo to pay the union $500,000 — fell apart on Tuesday after details of the investigation were leaked overnight.” – The New York Times 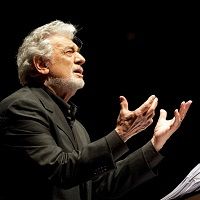