“[She] began her career in the 1960s performing with the Martha Graham, Alvin Ailey and Donald McKayle dance companies … [and] became a leading black performer on Broadway … and later turned to supporting roles on film and television, playing one of TV’s first black lesbian characters.” (And no less than Bob Fosse called her “the best dancer I’ve ever seen.”) – The Washington Post 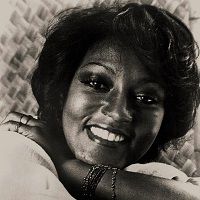