The script was first produced by the Negro Ensemble Company (Samuel L. Jackson, Denzel Washington, and David Alan Grier were in the cast) back in 1982, and Fuller never did anything like it again. Almost everything he wrote since was aimed at Black audiences, and, as he tells Salamishah Tillet, he’d never expected to be having a Broadway premiere at age 80. – The New York Times 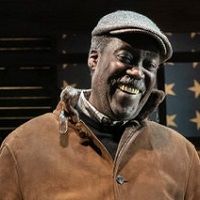