Walker, who died in 2018 at age 96, was one of America’s most distinguished composers. He won the Pulitzer Prize for music in 1996. He was a superb pianist and an esteemed academic. His shelves and walls were overloaded with the awards and honorary degrees that go with a legendary career. He wrote around 100 pieces, and many of them have been recorded. No history of American music is complete without Walker, and that means many a standard history of American music is incomplete. Who among classical music lovers, let alone the general public, even knows who George Walker was, much less has heard his music? – Los Angeles Times 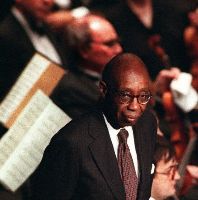