The show, The Truth Has Changed, tells of Josh Fox’s anti-fracking work and what he describes as “incessant harassment” from the gas and petroleum industries. Fox says the issue was the content of his show; he is the show’s writer, actor, and co-director. The Public begs to differ, saying that the show was shut down following Fox’s refusal to abide by the Public’s Code of Conduct – and, more specifically, “a series of verbal abuses to the staff.” – The New York Times 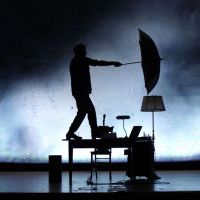