Languages do exist, but they are not necessarily the things we take them for. On the one hand, we each have an understanding of at least our mother tongue that allows us to produce sentences in it according to certain rules. I say “I kicked the ball” not “the ball kicked I.” That knowledge of rules in our brains is one part of the reality of a language. The other part is its existence as an autonomous system, a means of communication whose form is negotiated between speakers. It is not fixed, but changes as it is used in millions of separate interactions. – Paris Review 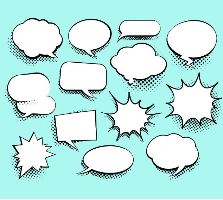