Though their circulation has been decimated — the once-mighty National Enquirer, which approached 8 million in paid circulation at one point and reached millions more, is down under 180,000 as of June, according to industry monitor the Audit Bureau of Control — tabloids still occupy a unique place in American culture. – Los Angeles Times 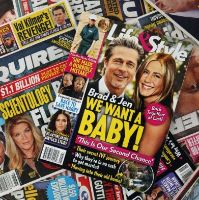