The announcement comes as the publicly funded BBC is facing intense political and public pressure amid a fast-changing media landscape and viewing habits. It has been criticized by both sides of the Brexit debate over its coverage of the U.K.’s impending departure from the European Union, and some in Prime Minister Boris Johnson’s Conservative government have suggested changing the BBC’s funding model. – Washington Post (AP) 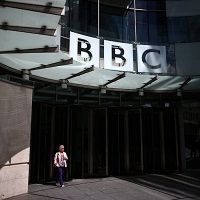