“Any man who’s ever killed a chicken knows that it’s best not to look it in the eye. [With his Sportsman’s Notebook, Ivan] Turgenev forced his fellow landowners to do that, look the serfs in the eye. Alexander II acknowledged the role these stories played in guiding him to issue the Emancipation Edict that freed the serfs in 1861.” – Literary Hub 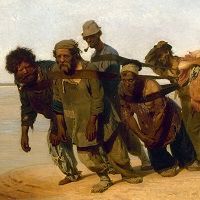