“[Alice] Guy-Blaché was in the room when the Lumière brothers held the first-ever cinema screening, in Paris in March 1895. By the following year, she was making her own films. And while the Lumières were still hung up on cinema as a technological spectacle – ‘Look! A train!’ – Guy-Blaché immediately saw its potential for telling stories. … As time went on, Guy-Blaché helped write the rules of this brand new medium. She incorporated now-standard techniques such as editing, primitive special effects and hand-tinted colour. She might even have invented the music video.” – The Guardian 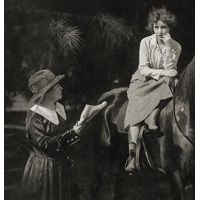