“In 1997, a group of German classical musicians moved to the village of Klein Jasedow, a tiny, nearly abandoned hamlet close to the Baltic Sea. The performers were looking to escape the careerist rat race, and hoped to find a place that united community, art, and nature — which they found, along with suspicion, fierce resistance from the locals, and even accusations of witchcraft. Can music bridge the divides between people? A report from an ongoing cultural experiment.” – VAN 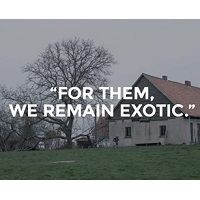