“Since the dawn of the internet, the problem of phony art being sold has only grown, experts say, and the primary coin of the forgery realm has long been the fake print, which is relatively easy to create, often difficult to detect and typically priced low enough to attract undiscriminating novice buyers. But now the problem seems to be escalating, according to law enforcement officials in the United States and Europe.” – The New York Times 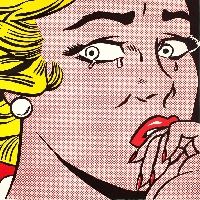