In Hitler’s Germany linguistic habits shaped attitude and culture, and eventually acquiescence to a system of segregation and dehumanization. The language of the Third Reich was corrosive, and contagious. Forced to repeat “the Jew Klemperer” enough times, one thinks of that person not as Victor Klemperer but as “The Jew.” The Jews were in effect deprived of their name, and in turn of their humanity. – The American Interest 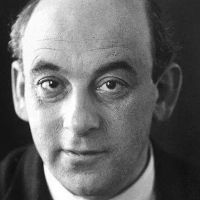