“Serebrennikov was a particularly Russian type of rebel: one who sought, and attained, mainstream success, often with the blessing and support of the state.” Until, that is, his sudden arrest in 2017 on charges of embezzlement widely believed to be trumped-up — and his unexpected release last year. “Just as your downfall may come with no warning or explanation, so, too, can your redemption.” An excerpt from Joshua Yaffa’s Between Two Fires: Truth, Ambition, and Compromise in Putin’s Russia. – The Guardian 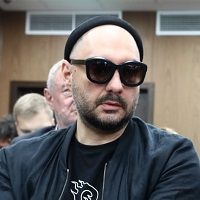