The Academy’s perceived snubs—of actors such as Us’s Lupita Nyong’o and Hustlers’ Jennifer Lopez, along with directors such as Little Women’s Greta Gerwig and The Farewell’s Lulu Wang—are as unfortunate as they are predictable. And comments like Stephen King’s reveal a major reason why: Diversity is too often discussed as something separate from, or even in conflict with, artistic virtue. – The Atlantic 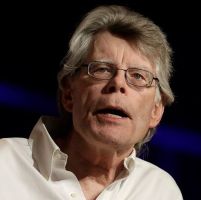