Writer and dramaturg Loren Noveck was skeptical of the Play On Shakespeare project, and not because she’s a purist: “The Bard,” perhaps the paradigmatic Dead White Male, takes up so much space on stages, in season schedules, and in the minds of theatre folk that there’s not nearly enough room for newer voices dealing with contemporary issues. (Not to mention the now-abhorrent 17th-century attitudes in some of the plays.) But the playwrights tell Noveck that they were well aware of these questions, and they talk to her about their answers. – HowlRound 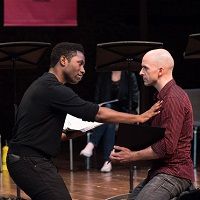